Moving Proz makes moving as stress-free as popping a Xanax with the highest quality service paired with a signature fun-loving attitude. 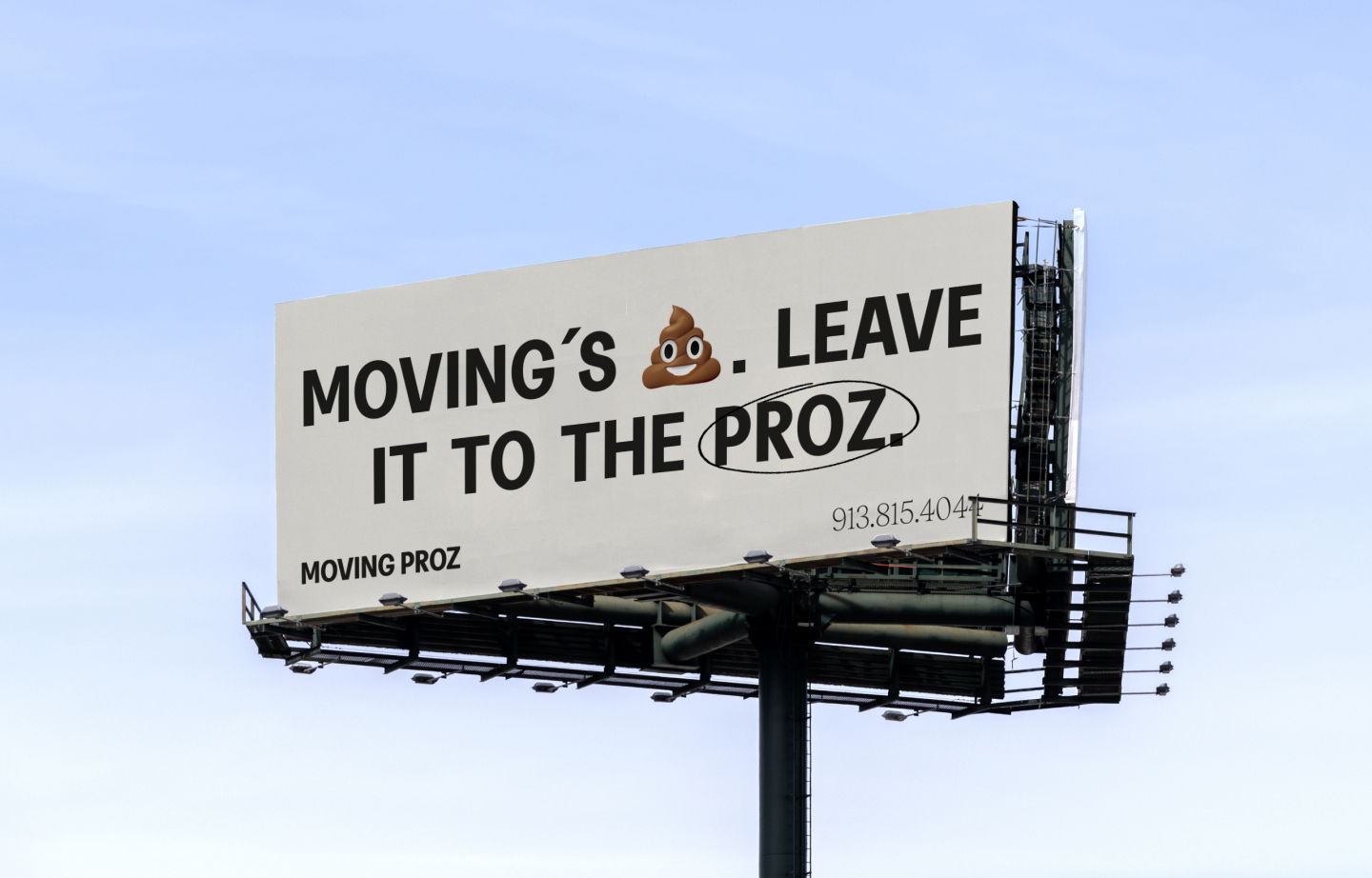 Life is crazy enough. Moving shouldn’t be. Moving Proz helps ‘Lighten The Move,” so people can make major life transitions in a stress-free and fun-loving way. 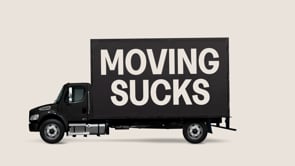 The moving industry is a hyper-competitive and saturated market in which consumers typically select a vendor based on price and Yelp reviews. To stand out from the medley of generic competitors, we built a premium, modern, and rebellious brand that uses edgy humor to grab attention and speak to universal complaints about the difficulty of moving. Our challenge was immense, as few industries are as staid as moving. So our goal was to disrupt, shock, and capture attention quickly and charismatically. To do so, we sought to move people with humor, positioning ourselves as the attitude to stressful moving by using culturally-savvy branding, copywriting, and outdoor campaigns to grab consumers’ attention and hold on for dear life until consumers laugh, chuckle, or at least smirk. Honestly, consumers better at least smirk. Because if they don’t smirk, and all our efforts were wasted, we’re going to be really petty. And we just want you to know that we, like, really want them to at least smirk. So consumers, just smirk, alright. Thank you.

Through a series of campaigns, we poked fun at just how much moving sucks by lightheartedly highlighting things one could do instead of moving themselves. Because you may or may not have better things to do with your time than moving. Furthermore, we used as our foil, not other moving companies, but the instinct many people have of asking their friends to move for them. Because, after all, friends don’t let friends move for them. That’s a job for Proz. Finally, we developed a series of curated packages and experiences for consumers while Moving Proz moves them, like the Self Care Package in which local spas offer discounted services, or the Pet Package, which includes pet CBD and grooming services. 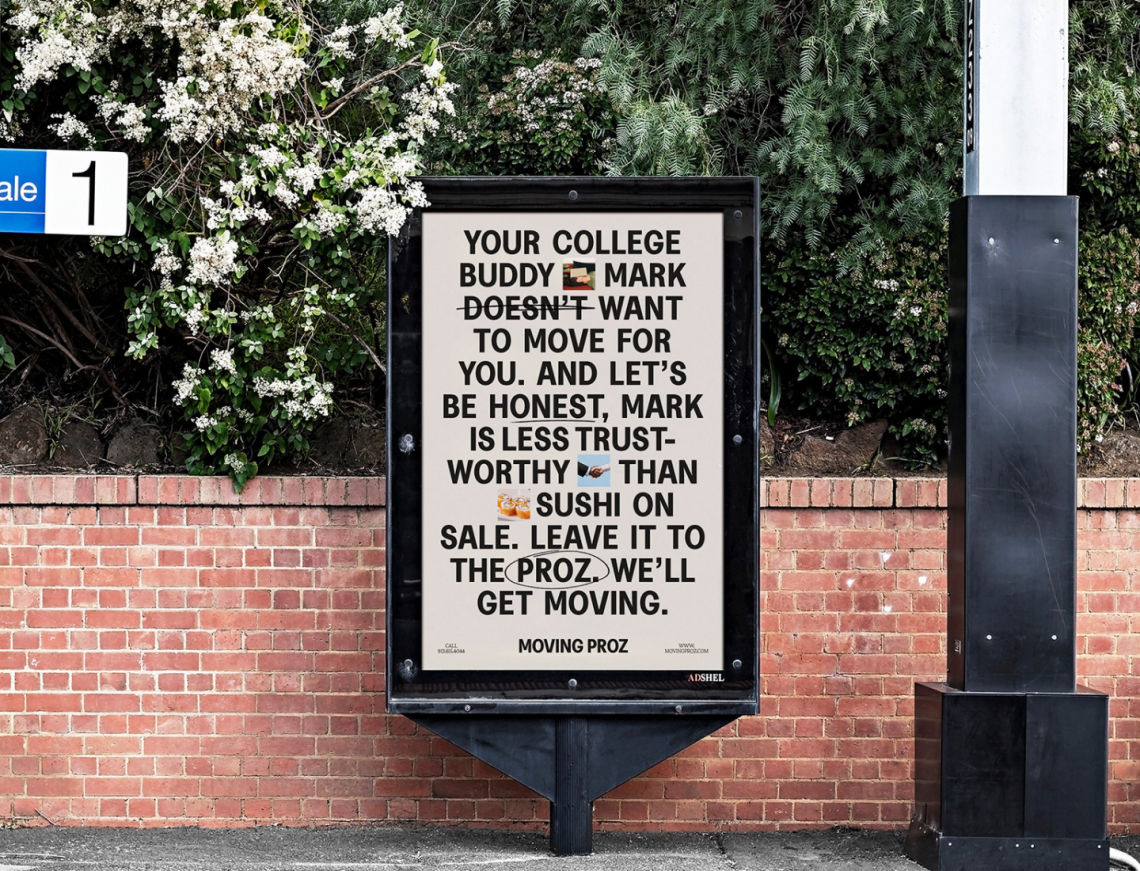 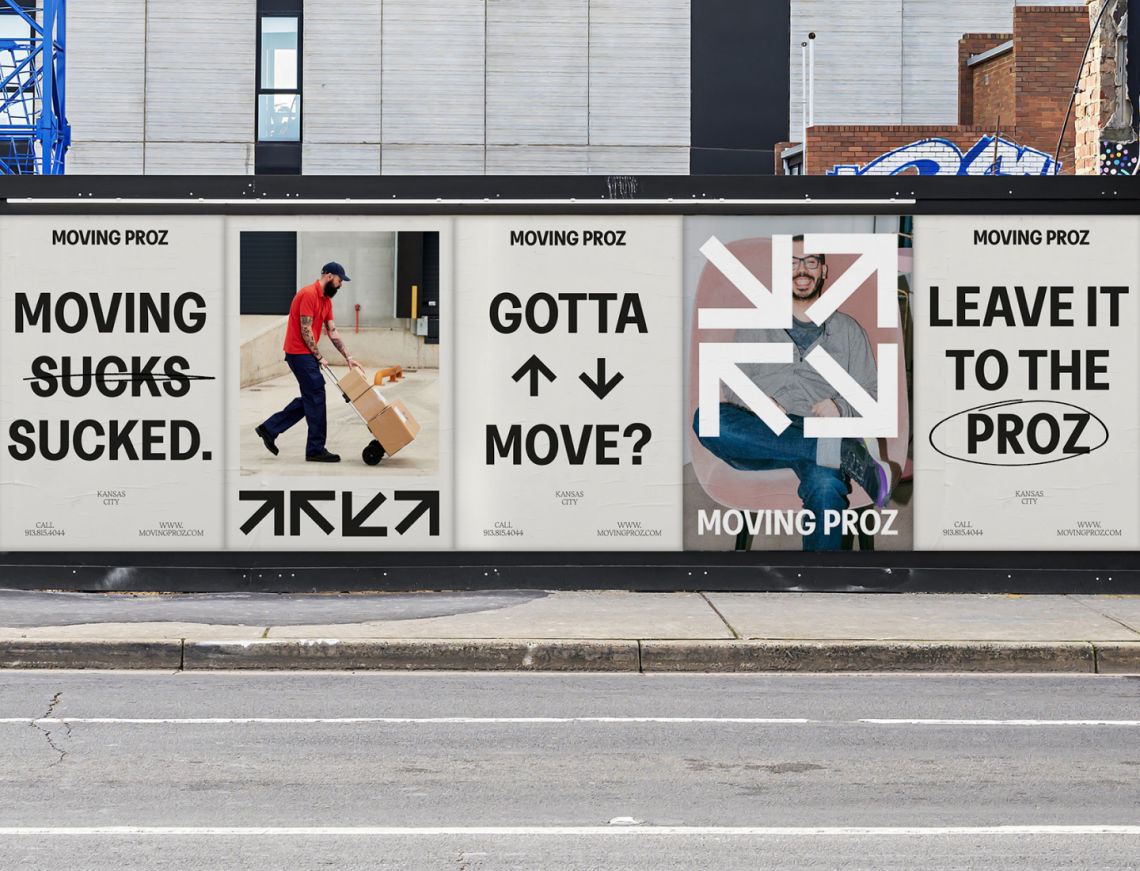 Moving Proz brand identity is notable for its logo, which uses a series of arrows that represent moving organized into the square shape of a moving box. A bold and clear main brand font allows for clear visual communication on trucks and outdoor ads because of the necessity of capturing attention quickly in these applications. Together with hand-drawn elements to emphasize key copy, the typography system lends both clarity and personality to the brand.

We created an organized grid made up of squares to communicate orderly moves. The result is a distinctive visual language that blends photography, memorable copy, and brand iconography.
Brand colors blend the prominent use of black to communicate the brand’s rebellious and premium character mixed with a set of bright colors to capture attention. 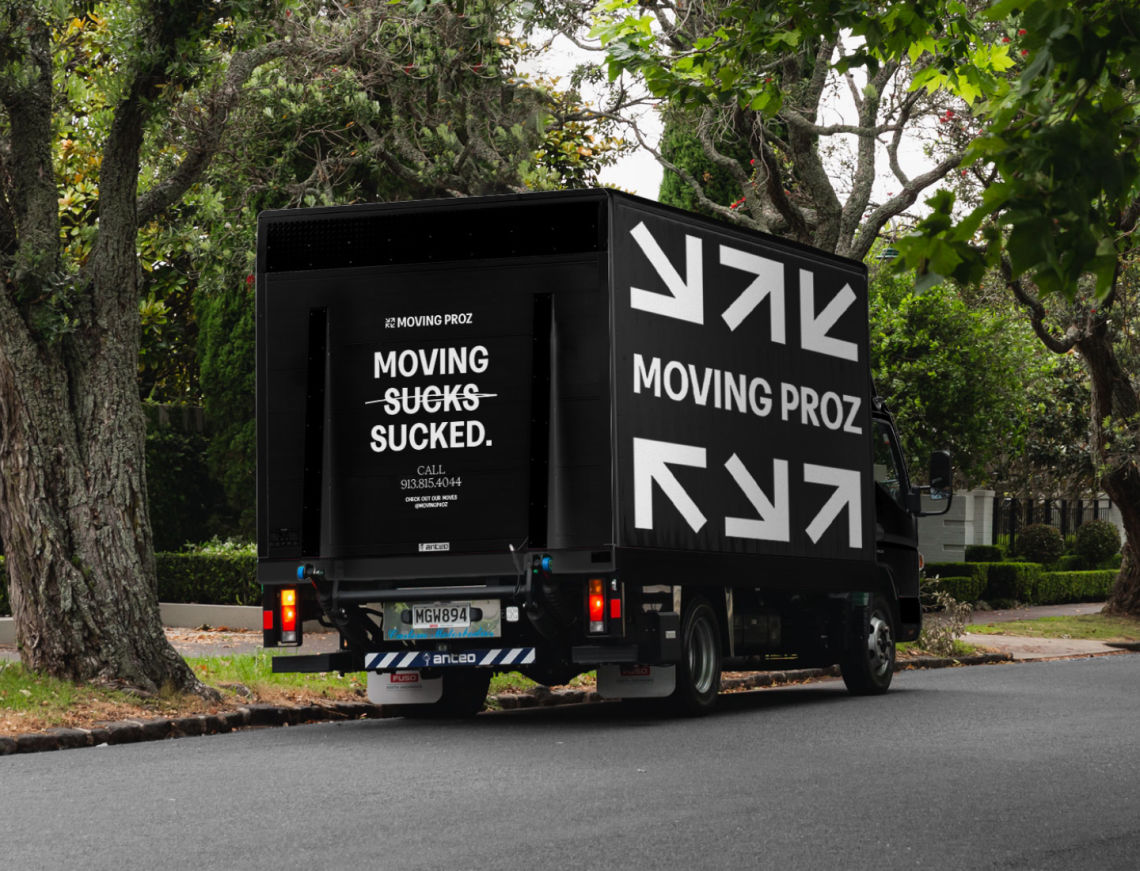 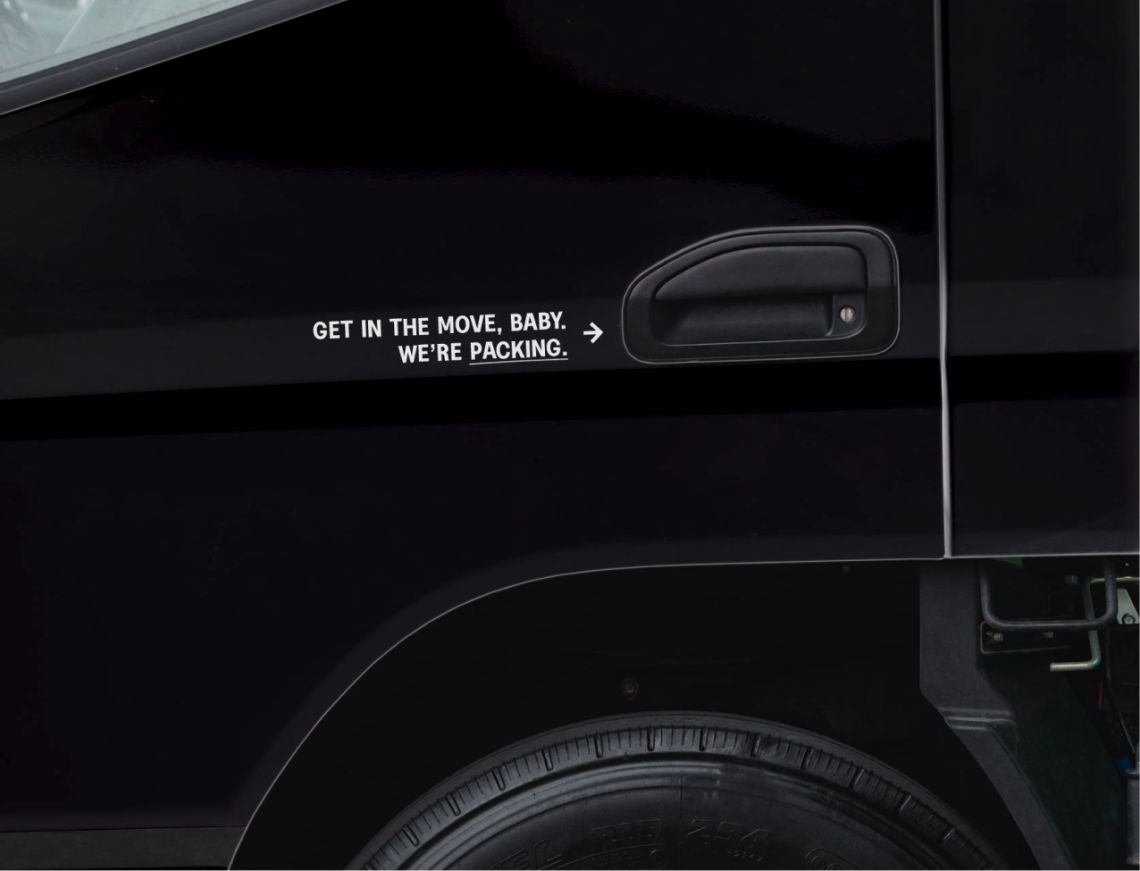 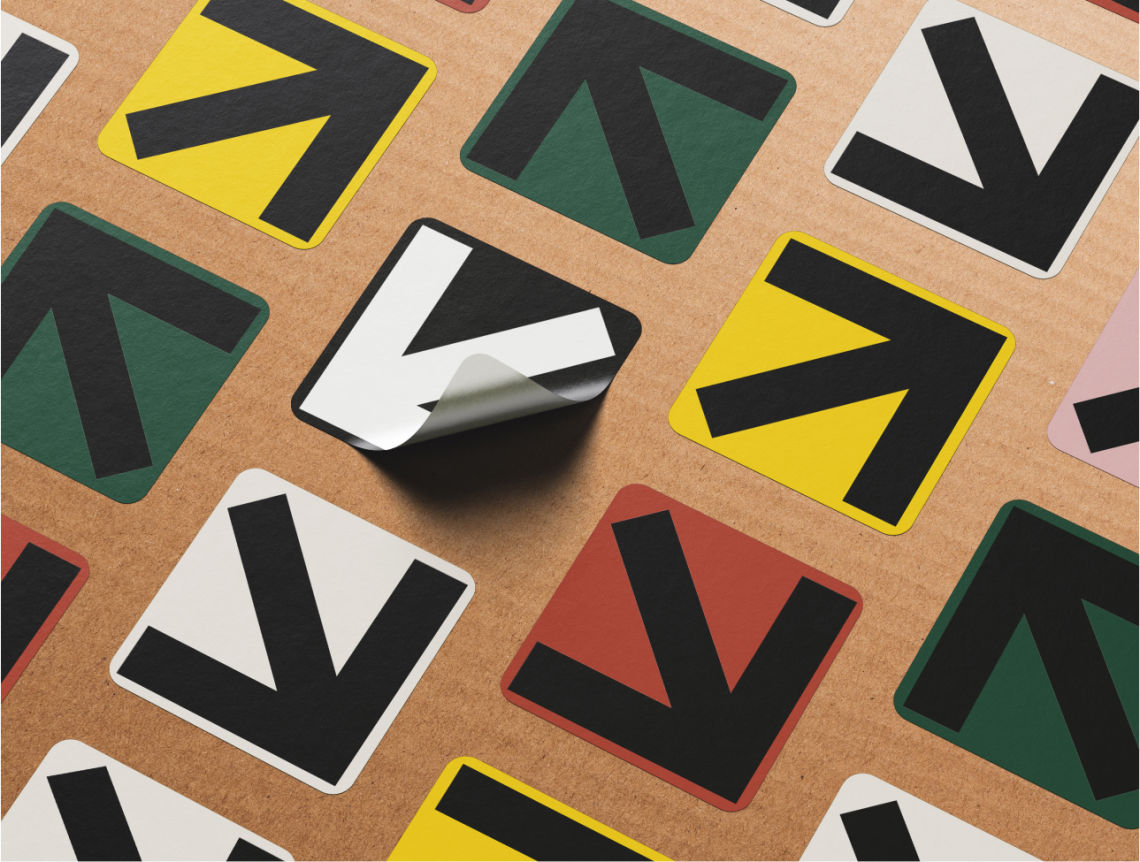 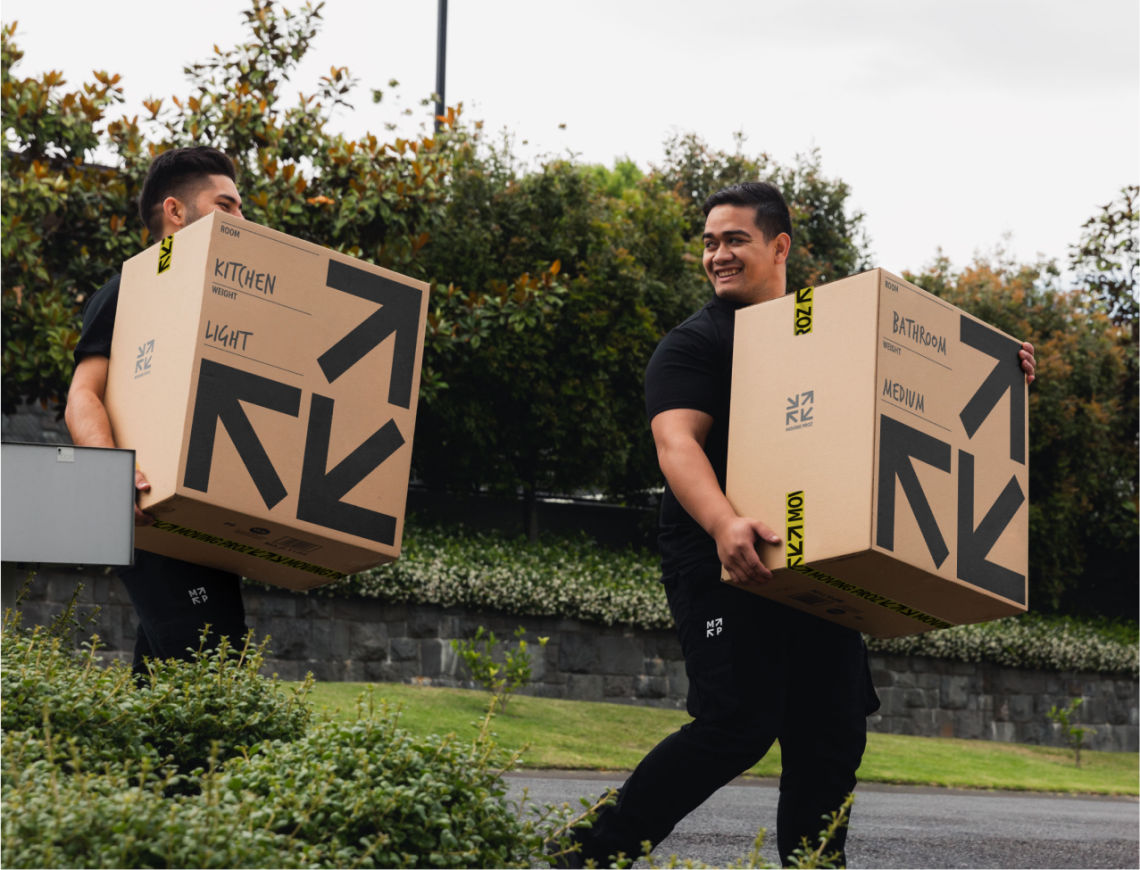 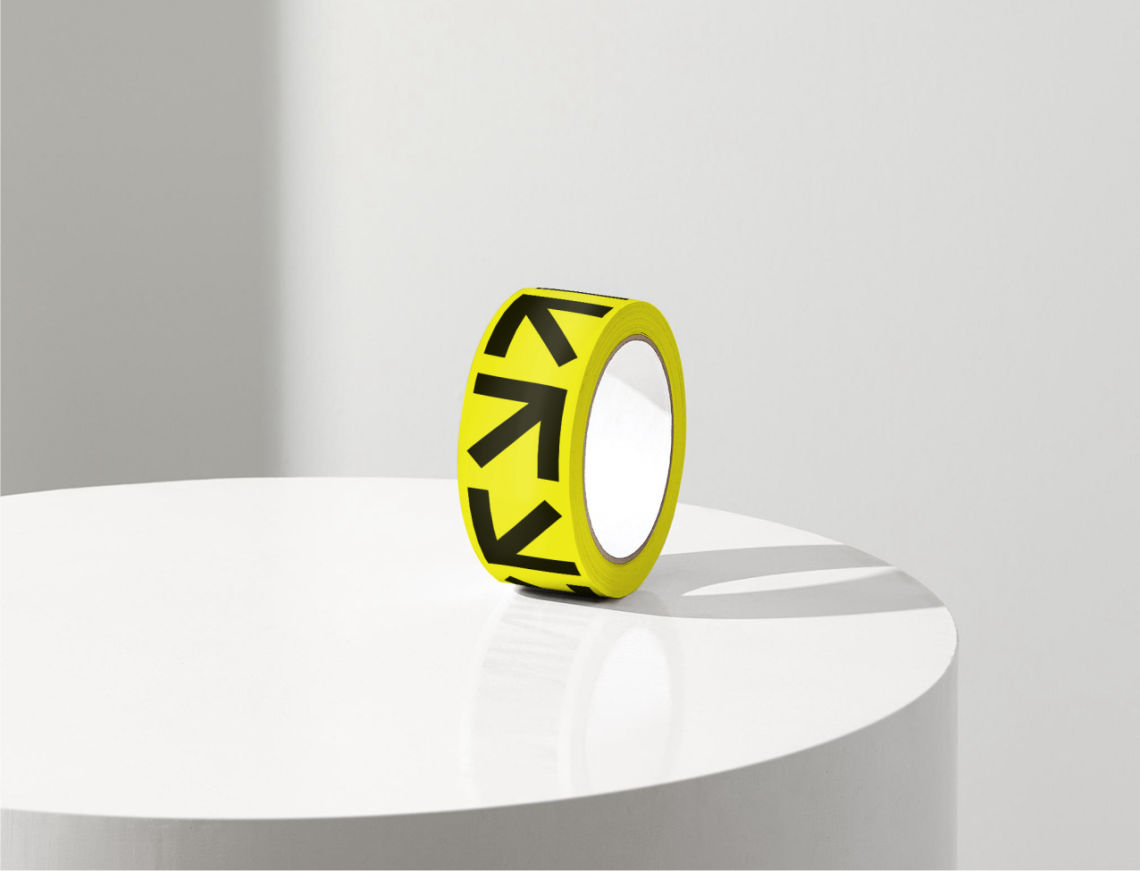 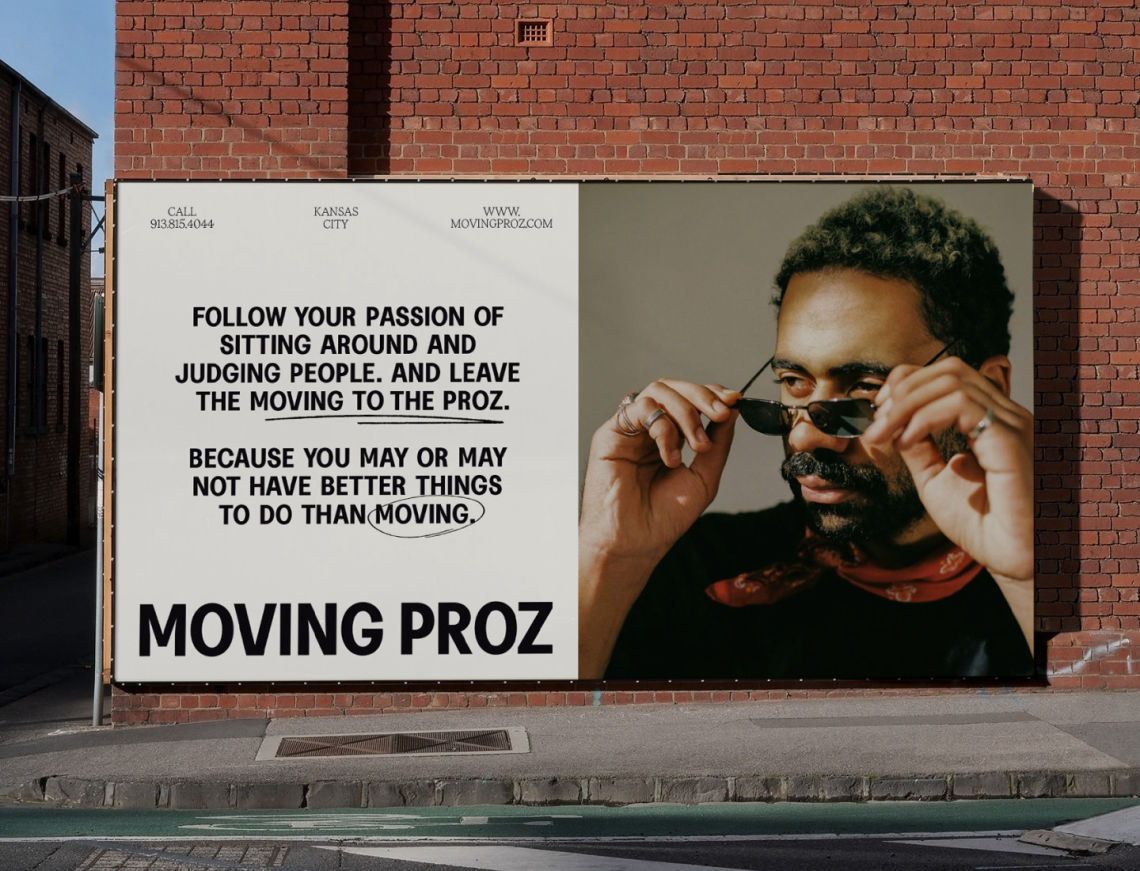 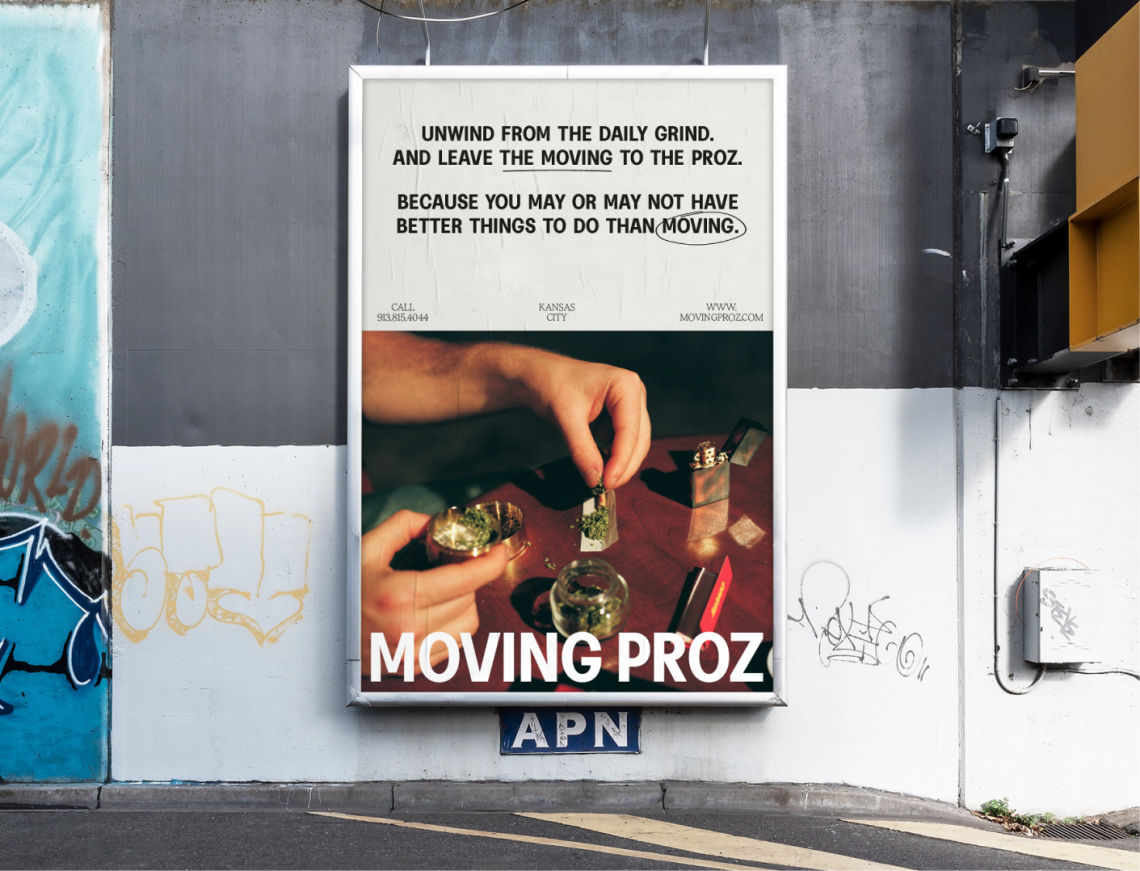 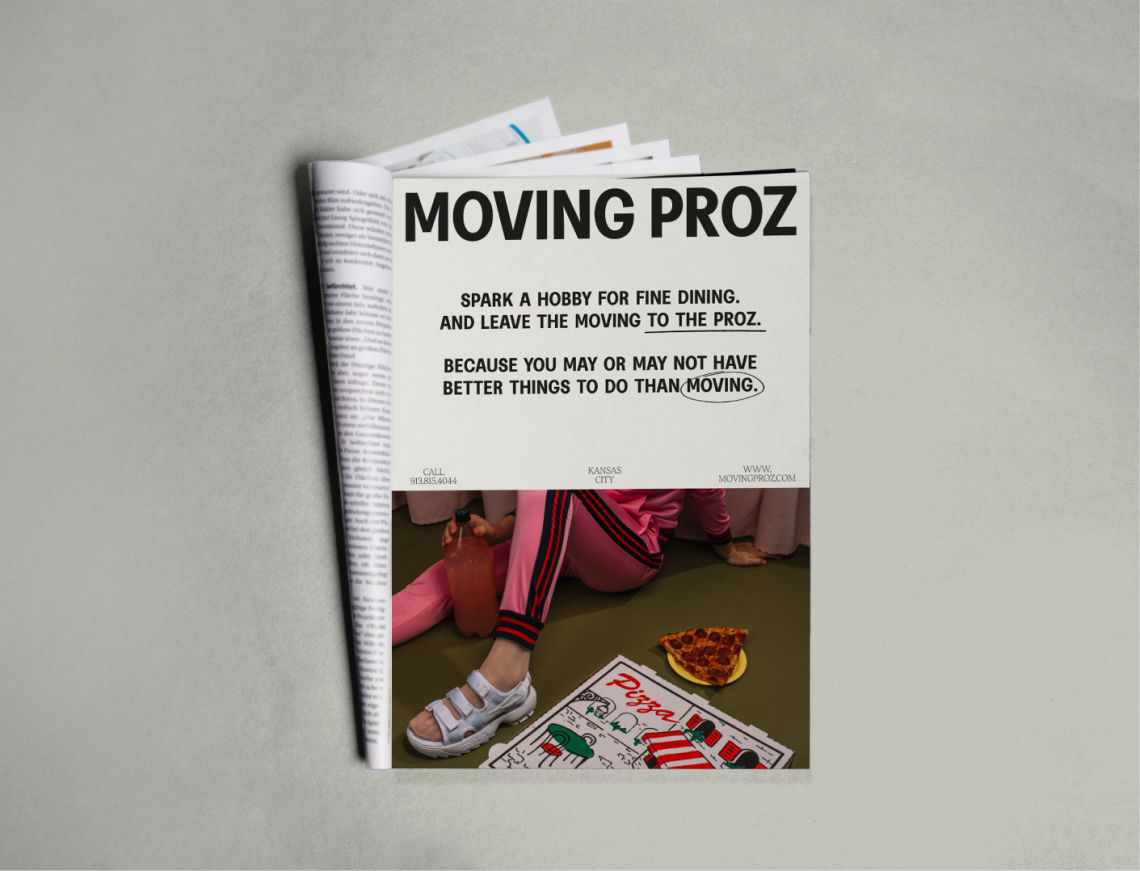 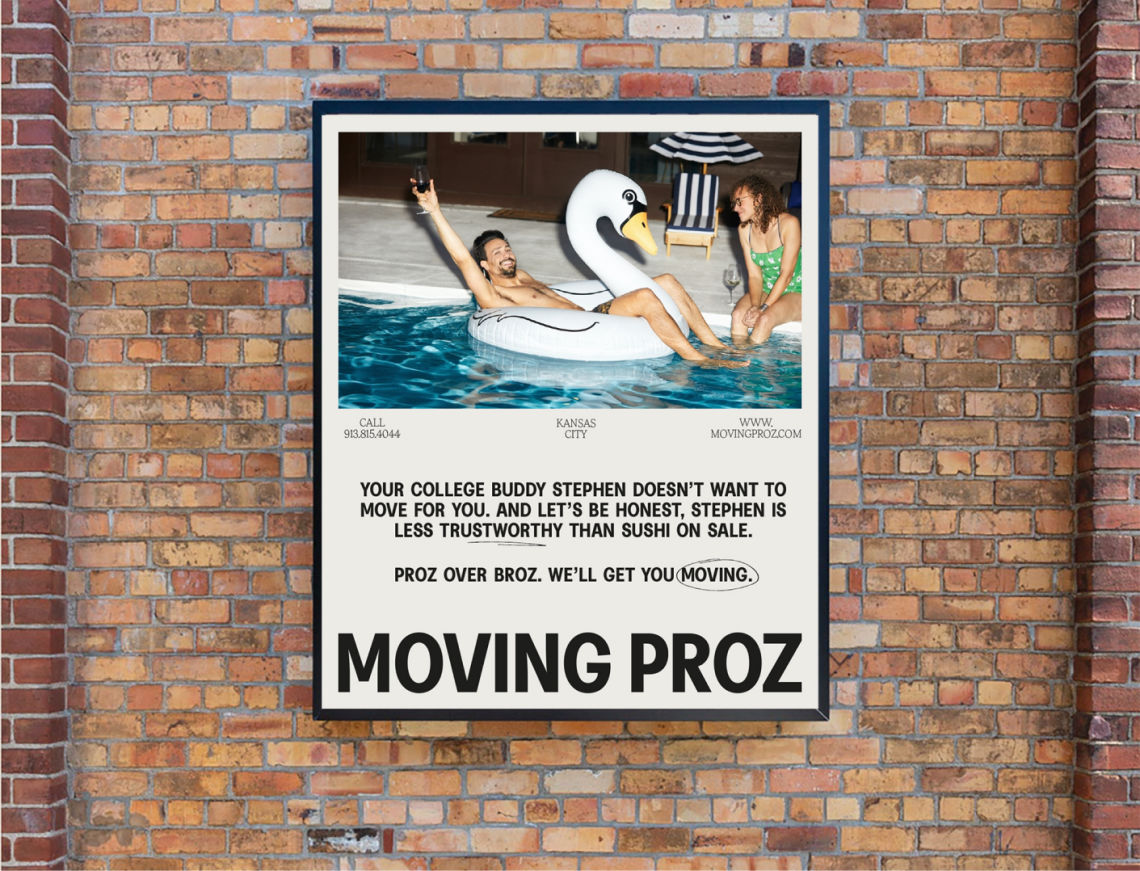 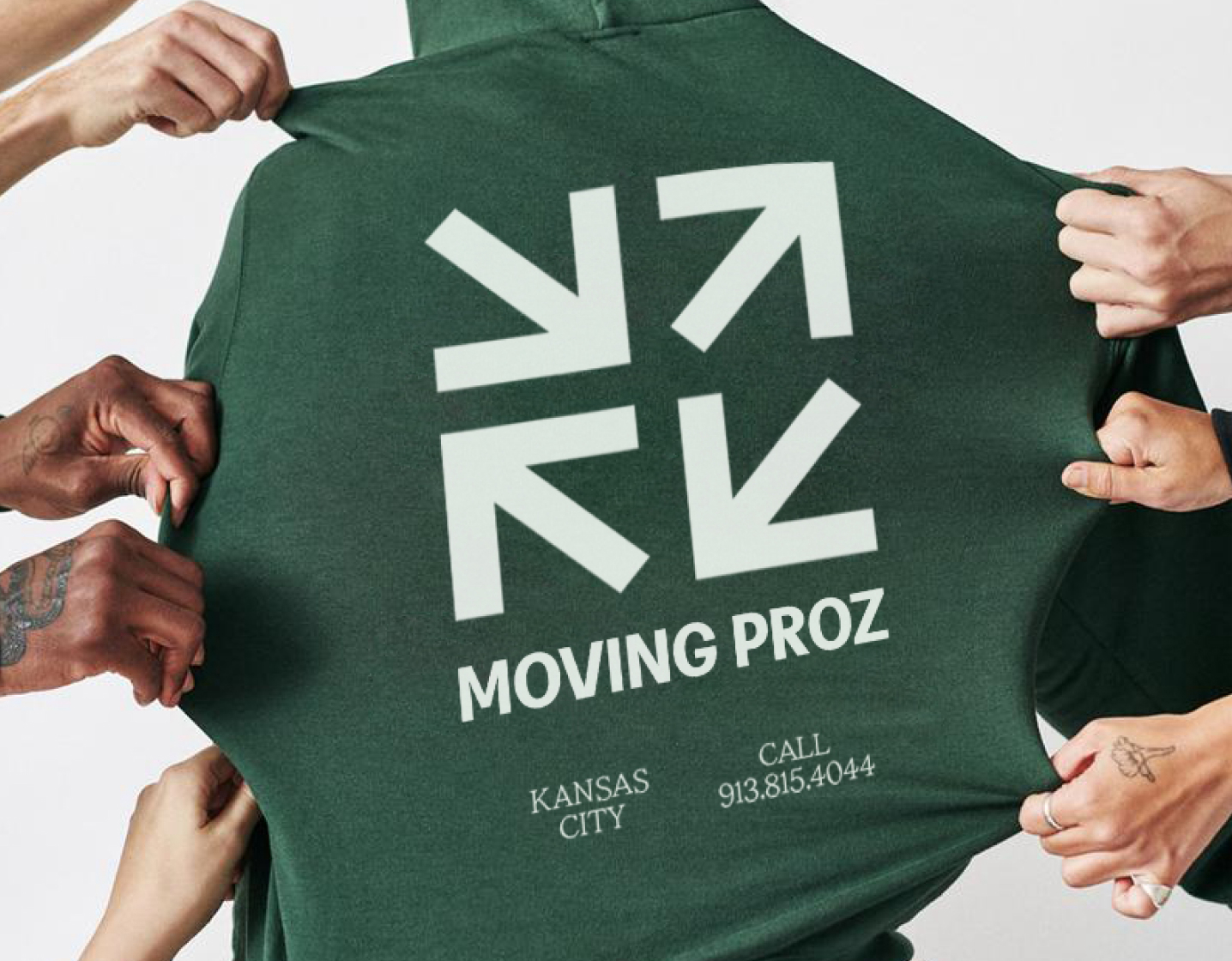 Few firms could turn a moving company into a brand with edge and personality and do it with style and authenticity. We were blown away by the humor, taste, level of work, and just how fun the experience was with Truffl. We feel like we have the tools now to expand across the US and are grateful for it. Everyone knows moving sucks. Because of Truffl it sucks a little less.

Thank you for taking the time to provide more details on your project. We truly appreciate your interest in working with us.


We look forward to reviewing your inquiry and will get back with you as soon as possible! 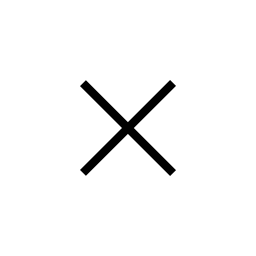 The form wasn't submitted. We're sorry for the inconvenience.

Thank You!
We appreciate your interest in working with us

Thank you for taking the time to provide more details on your project. We truly appreciate your interest in working with us.


We look forward to reviewing your inquiry and will get back with you as soon as possible!